That’s not a buck!

One Oklahoma hunter was recently in for quite the surprise when he realized the antlered deer he shot was not a male, but rather a female doe.

Over the weekend, outdoorsman Chris Blades was on the prowl in Seminole County when he nabbed what he initially suspected to be “an extremely non-typical buck” that was, in fact, biologically female. Officials for the Oklahoma Department of Wildlife Conservation (ODWC) have since described the doe as «the deer of a lifetime.» 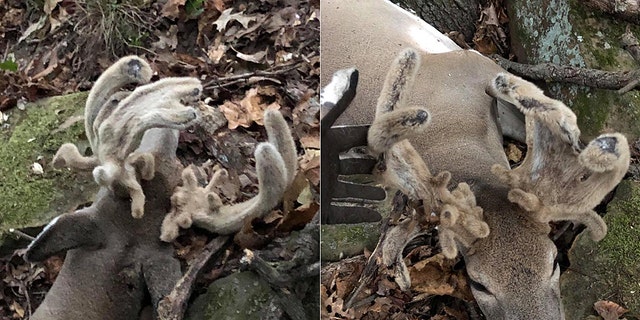 One Oklahoma hunter was recently in for quite the surprise when he realized the antlered deer he caught was not a male, but rather a female doe, pictured.
(Oklahoma Department of Wildlife Conservation)

“For this reason, regulations for deer are referred to as ‘antlered’ and ‘antlerless,’ not ‘buck’ and “doe,” the department said, sharing three images of Blades’ catch in a post that has since been liked more than 2,200 times. 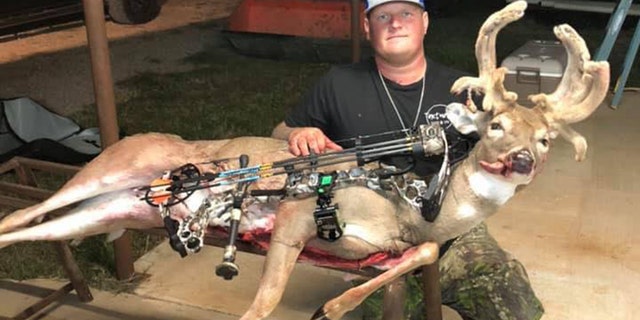 An image of hunter Chris Blades’ with his recent October catch, an antlered whitetail doe.
(Oklahoma Department of Wildlife Conservation)

When contacted for comment, a spokesperson for the ODWC confirmed that Blades’ catch was a whitetail deer.

Hunting blog Big Game Logic reports that while whitetail does do not typically grow antlers, it is possible for the female to grow them “under rare circumstances,” likely due to a hormonal imbalance.

Collapsed Florida bridge had major design flaws, road below should have been closed: NTSB

13 new horror movies to creep you out this Halloween season